Google Play Store services will no longer be available to Pakistani users after December 1 as the State Bank of Pakistan (SBP) has suspended the direct carrier billing (DCB) mechanism.

Users will not have to use their bank cards to avail the services and most won’t be able to download apps from Google Play Store because of limited credit card facilities.

The Telecom ministry, PTA and cellular service operators have approached the SBP to seek revocation of the step, since the move will cause issues for customers.

worsening economic conditions of the country and thus are open to working in an amicable way with the Regulator (SBP); as we are already working with them in case of the telecom sector imports related transactions to navigate through these testing times,” said the letter sent by the telcos to the SBP.

Pakistani customers will now be forced to download Google and other international apps for making payments through credit cards or debit cards only. But the credit card facility is limited to a certain number of customers, so the majority of mobile users may be deprived of downloading apps from Google Play Store.

Tech giants like Google, Amazon and Meta are being impacted by non-payments from Pakistan, which owes $34 million to international service providers, and might be moved to discontinue their services altogether. 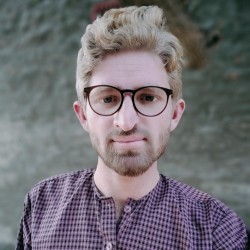